A fortress bearing testament to the power of the bishops

In the second half of the 13th century, the bishops of Albi undertook the construction of the Palais de la Berbie and then the Cathédrale Sainte-Cécile. A true fortress, the building bears testament to the power of the bishops of Albi.
Its medieval architecture, with its walls of extraordinary height and thickness, is constructed around a Court of Honour and a keep. It is from this Court of Honour that you access the museum entrance today.

From the Renaissance to the 18th century, successive prelates transformed the fortress into a veritable pleasure palace, with state rooms and French gardens.

The two terraces and the classical garden of the Palace were created in the late 17th century (between 1678 and 1687), at the initiative of the first archbishop of Albi, Mgr Hyacinthe Serroni.
At this time, the curtain walls, having lost their defensive aspect, were redeveloped into a shaded walk offering a panoramic view over the Tarn. In the 18th century, marble statues depicting the seasons were placed on this walkway by Mgr de Stainville. 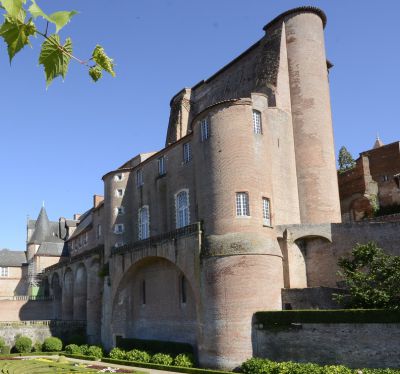 A collection unique in the world

From one room to another, follow the development of the artist from his early works to his very last paintings.

The structural renovation work on the Museum, running from 2001 to 2012, made it possible to take a new approach to the collections and create the spaces needed for the scientific and cultural development of the institution:

In several rooms of the Palais de la Berbie, the work uncovered medieval pavement composed of glazed terracotta tiles dating from the 18th century. Mosaics of major historical interest, these pavements, which in the Middle Ages decorated the drawing rooms of castles and religious edifices, can be seen in one of the rooms of the keep Tower, the Palatiale room. 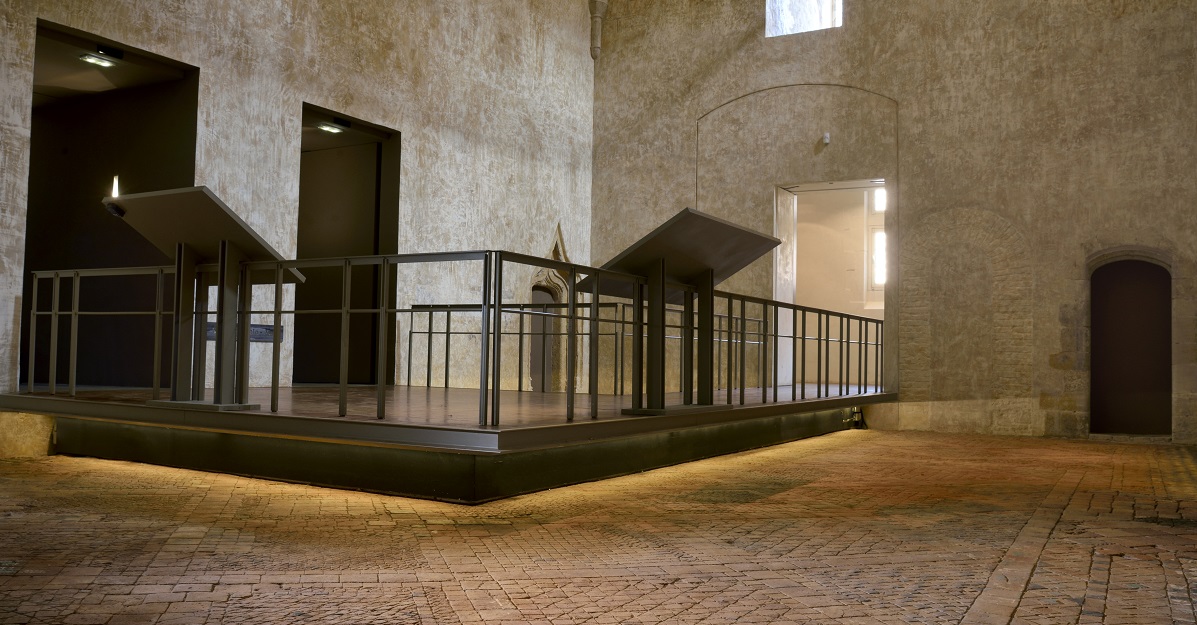 In the 17th century, Monseigneur Gaspard de Daillon du Lude developed, on the first floor, a dining room known as the “Salon Doré” and a reception room known as the “Salle de la Croix”, decorated by the painter Coupelet.
The collections of ancient art are contained in these two rooms. They formed the Museum’s first inventory, put together in the late 19th century. They include works of quality including a canvas by Francesco Guardi (1712-1793) and two works by Georges de la Tour (1593-1652).

The Amboise gallery and Renaissance paintings 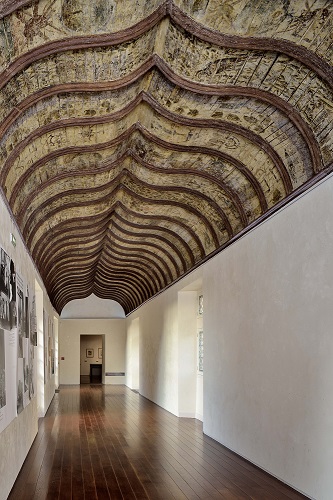 During the structural renovation work, drilling on the ceiling of the Renaissance gallery, located in the Ambois wing, uncovered traces of paints.

The bays of this ceiling in the shape of an upside-down boat hull were excavated and now reveal an exceptional late 15th century decor.