Henri Marie Raymond de Toulouse-Lautrec-Monfa was born in Albi on the 24th of November 1864, to a family with roots in the most ancient provincial aristocracy.
Lautrec suffered from a congenital bone disease, most likely due to the consanguineous marriage of his parents. It played a decisive part in shaping the young man’s destiny. Deprived of mobility for many months at a time, he spent his days drawing and then painting. He thus developed a good taste for which he became widely known in his milieu, and a gift that he displayed from a very early age, eventually making it his vocation.

From Albi to Paris 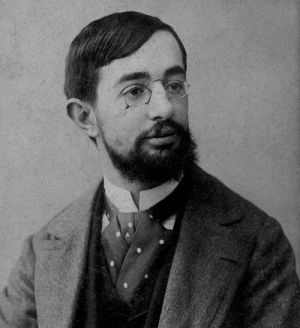 His immersion in Parisian life completed his metamorphosis. Encountering all the art movements of the time, he chose the path of modernism and became both a key participant in and witness of the Montmartre Bohemia that inspired him.

A portrait painter of genius, he immortalized the stars, from Aristide Bruant to Jane Avril, Yvette Guilbert to Loïe Füller.

A regular visitor of brothels, he became attached to the simple everyday reality of prostitutes..

The theatre, the circus, vaudeville and the avant-garde stage, for which he designed programs and scenery, all fed his insatiable appetite for the human comedy.

The master of the poster

The 31 posters that he designed from 1891 to 1900 impress with their strength and their masterful simplification of the image. He was a forerunner of the poster of the 20th century. His output of lithographs also included 370 prints showcasing the virtuosity of an expressive and elegant line.

Lautrec led his life to the rhythm of his creativity. His relentless work, but also his indulgence in pleasure and his excessive consumption of alcohol, gradually affected his health.  He died at the Domaine de Malromé, owned by his mother, in Gironde, on the 9th of September 1901.